3 Dangers Of Overeating At Thanksgiving

3 Dangers Of Overeating At Thanksgiving

While Thanksgiving is a time of year that centers around food. Americans are prone to overeat and between the snacks before the meal and after, average 4,500 calories with over 220 grams of fat. Besides weight gain, there are some very real risks to eating this much food at once setting. 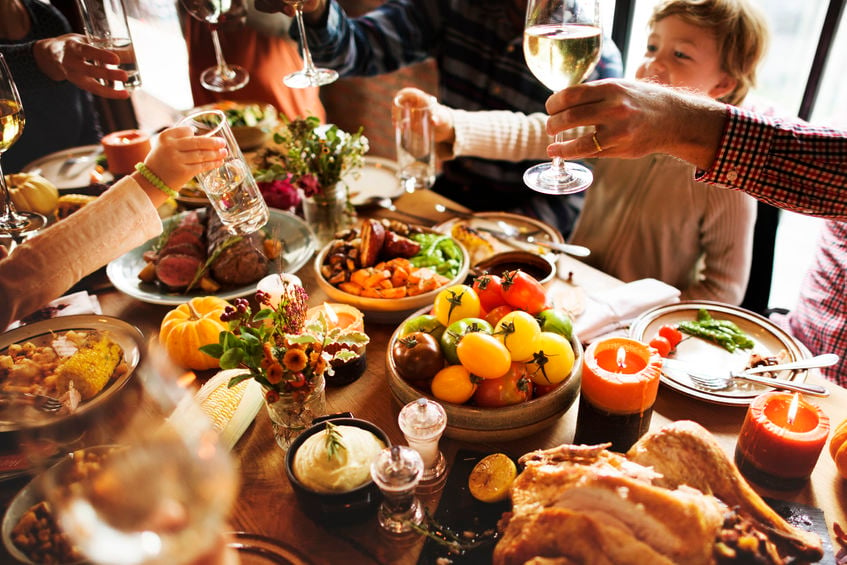 The turkey should be the only thing stuffed at Thanksgiving

At Thanksgiving, there’s always plenty of food around. But that’s not the only reason people tend to stuff themselves as much as the turkey. The main reason that people eat so much on this holiday is that they are out of their normal routine. When the routine goes out the window, anything goes. Stress usually accompanies holidays because of the expense, the traveling and sometimes because of the company. Too much stress can cause some people to eat more than they normally would. Stress can also weaken the intention to make good choices.  Below are three dangers of Thanksgiving overindulgence.

1. Rich, high-fat foods are in abundance

Unhealthy weight gain is just one symptom of overeating. Obesity is a growing problem in the US and is linked to diabetes, heart disease, and other deadly illnesses. Overeating at holiday times can also lead to the bad habit of yo-yo-dieting. Consuming large amounts of food at once can lead to gallstones which, while typically not fatal, are very uncomfortable.

2. Too much food affects alertness

After a large meal, the body goes into postprandial somnolence, more commonly known as food coma or food fatigue. This happens when a large amount of food is consumed at once. Overeating can result in fatigue and brain fog as the body works on digesting a meal considerably larger than normal. Many people drive home directly after dinner and accidents are caused when sleepy drivers drift into a food coma.

Fun fact: Turkey has no more tryptophan than other types of poultry and does not contribute to sleepiness.

After a large meal, the pancreas will be pumping out insulin to remove all the excess sugar from the blood. Meanwhile, the liver is busy detoxifying food and adjusting cholesterol levels. Overeating can damage the liver and spike blood sugars. Diabetics need to be particular pay attention to blood sugar levels this time a year to keep the HbA1c under control.

Thanksgiving is the time of year when American families come together to celebrate over a traditional, hearty meal. At this time of year, people often find themselves eating a richer diet of foods than normal. Having a slice of pie is fine but beware of eating more than necessary to keep the holidays safe and fun.