Can A UTI Cause Back Pain? Symptoms And Treatment Options

Can A UTI Cause Back Pain? Symptoms And Treatment Options

Burning Sensation? You May Have A UTI

A urinary tract infection or UTI happens in millions of Americans each year. A UTI can cause pain during urination and more commonly affects women. Several signs show the severity of the infection. These include intense back pain. Understanding what’s happening during a UTI can help people get the right treatment right away. 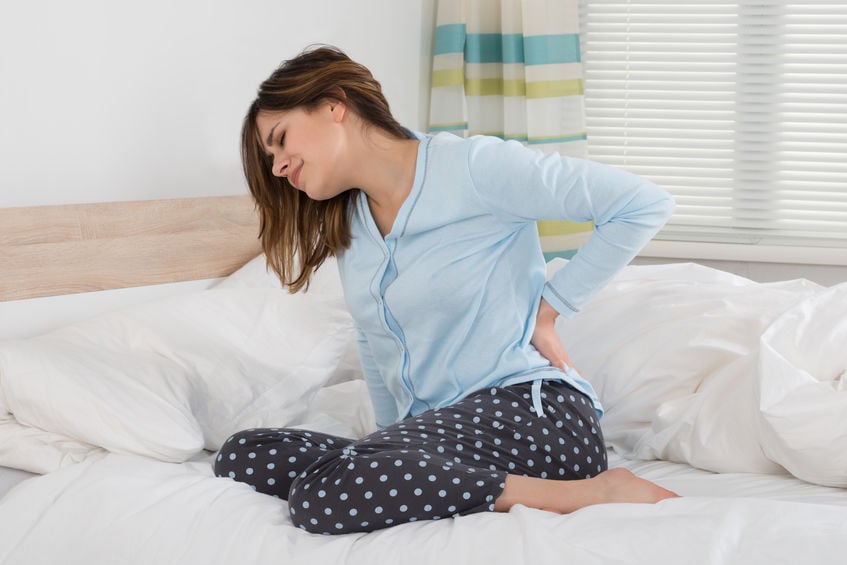 What is a urinary tract infection?

A UTI happens when foreign bacteria enter one or more parts of the urinary system. This includes the bladder, urethra, or kidneys. Because women have a shorter urethra than men, women are more likely to get infected. Some men get UTIs, and risk increases with age. Doctors classify the infections in two ways. A lower UTI affects the urinary tract and bladder. An upper UTI spreads to the kidneys and can be serious if left unchecked.

What causes the infection?

The E. coli bacteria cause UTIs in 85% of cases, with other bacteria making up the remaining 15%. There are several reasons bacteria enter the urinary system. These include pregnancy, menopause, and sexual intercourse. Urinary catheters invite bacteria into the urethra and bring a high risk of a UTI. Other reasons include bladder stones and urinary tract malformation.

Symptoms of a UTI

Pain during urination is the first and most common telltale sign. Frequent urination and even blood in the urine are other serious symptoms. A constant urge to pee, cloudy urine, and urine with an offputting smell are clear symptoms. These are signs of a lower infection. However, upper UTIs can cause more severe symptoms.

A back pain you can’t ignore

An upper UTI can cause intense back pain as the infection reaches the kidneys. People will get pain in the lower back and groin area. Back pain comes with two other symptoms: high fever and vomiting. Upper infections happen when a lower UTI goes unchecked or does not respond to antibiotics. These infections are serious and, in severe cases, need hospitalization. If not managed well, the infection can spread to the renal artery and blood, which is life-threatening.

Drinking water and cranberry juice are two common recommendations for lower UTIs. However, research has shown the methods to be inconclusive. Extra liquids make urination easier but do not treat the root cause. Speaking with a doctor is the first step. Doctors will then prescribe antibiotics. As bacteria could stay in the cells of the bladder, removing the infection can be difficult. However, when caught early, antibiotics can be effective.

For a lower UTI, a 3-7-day course of antibiotics helps treat the bacteria. Serious upper infections need hospitalization for IV antibiotics. This helps with the back pain, fever, and vomiting that happens. Once doctors get the fever under control, treatment will then move to oral antibiotics. The doctor will give a longer course of antibiotics for a secondary UTI. There are cases where antibiotics do not work or the UTI returns multiple times in a year. In these cases, consult a urologist to advise on next steps.

UTIs can happen at almost any age in women and at an elderly age in men. Researchers are still searching for the root cause. Until then, take preventative measures to reduce the chances of the condition. For people suspecting a UTI, seek help from a doctor. If the symptoms evolve into back pain, the kidneys are infected. At that point, get medical treatment immediately.