Why Flying Makes You So Dehydrated

Why Flying Makes You So Dehydrated

The Thirst Effect of Flying

During the holiday season, airports and airplanes are busier than ever with families traveling across the country to be together. Most people have experienced stepping off of an airplane to dry, cracked skin and feelings of thirst. But why is flying so dehydrating? And why is getting dehydrated cause for concern? 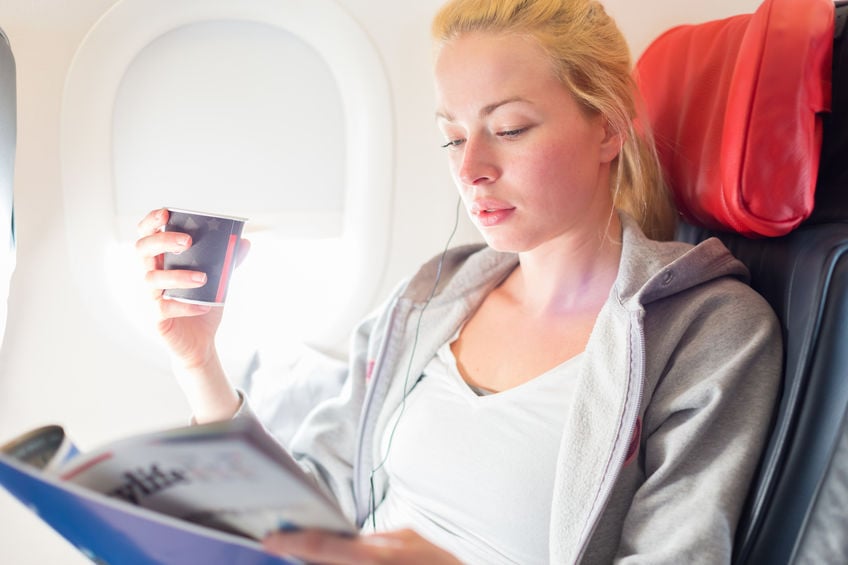 Airplanes are controlled environments typically kept at only 10-20% humidity. This is far lower than the 35-65% humidity of normal everyday environments. Lower humidity in the air can lead to quicker dehydration. It can also dry out nasal passages, making people more susceptible to catching airborne viruses, such as the common cold. In fact, one study showed that people could be 100 times more likely to catch a cold on an airplane than during their normal everyday lives.

A common myth of flying is that being in a confined space with so many other people’s germs means that those germs are circulating all flight long. This isn’t quite true. The air cabin’s filtration system brings in air from the outside and removes germs and other particles before releasing air into the cabin. All the air in a plane cabin is replaced about every two minutes. The increased risk of catching a virus on an airplane is more due to lack of humidity, dehydration, and surface germs, not germy air.

Sometimes people can get dehydrated on planes because they don’t drink enough water. Flights can be hours long and many people don’t want to take frequent bathroom breaks. However, staying hydrated on the airplane boosts even further benefits. Getting up to walk around frequently during a flight decreases chances of circulation issues and blood clots.

Is getting dehydrated a big deal, though?

Besides just feeling thirsty, dehydration can cause fatigue, dizziness, and confusion. In extreme cases, repeated bouts of dehydration can lead to urinary tract infections, kidney stones, and other kidney problems. Sometimes, dehydration leads to electrolyte imbalances that, in worse-case scenarios, can cause seizures.

When it comes to travel, don’t wait until feeling thirsty to drink water. By the time a person feels thirsty, they may already be dehydrated. Start hydrating well at least 24 hours in advance of a flight. Drink lots of water during the flight, and avoid overconsumption of caffeinated or alcoholic drinks that can make dehydration worse.