Ready To Improve Your Heart Health? 3 Tips For Tracking Your Sodium

Ready To Improve Your Heart Health? 3 Tips For Tracking Your Sodium

For most people, salt is a tried and true method for seasoning food and making meals more flavorful. But the classic meal enhancer can also lead to issues such as hypertension, water retention, heart failure, osteoporosis, and even stomach cancer or kidney disease. While eliminating sodium from the diet isn’t realistic, people with a history of cardiovascular issues or who are diagnosed with high blood pressure should be mindful of sodium consumption. Consider incorporating one or more of the following tips into a daily routine to limit the amount of salt consumed daily. 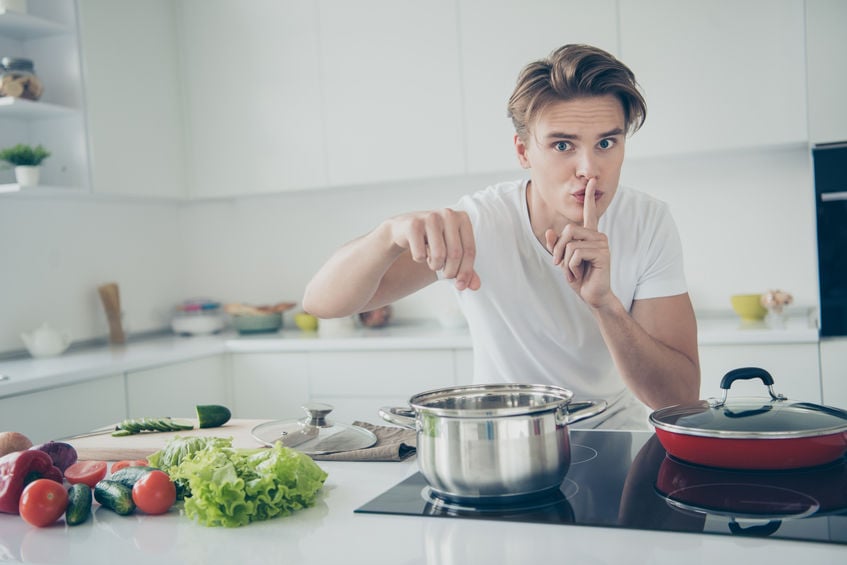 Even for people not reaching for the salt shaker, sodium is lurking in a lot of prepared and packaged foods, according to experts. Up to 75% of the sodium consumed regularly is in processed foods. Salt is usually listed as sodium or with the elemental symbol Na. Try to avoid foods with high sodium or opt for low-sodium alternatives when possible. According to the Food and Drug Administration (FDA), the daily value for sodium is 2,300mg per day. On nutrition labels, aim for options that don’t exceed 20% DV for sodium.

For people that need to pay close attention to sodium intake, common condiments can be unsuspecting sodium bombs. Obvious options like soy sauce are known to be high in sodium. But salad dressings, dips, ketchup, mustard, and even relish can derail low-sodium goals. For example, ketchup can contain as much as 154mg of sodium. If the idea of cutting out condiments isn’t realistic, consider swapping out regular versions for salt-free or low-sodium alternatives of favorite toppers.

Relying on prepared and packaged foods inevitably leaves people more susceptible to eating beyond the daily recommended amounts of sodium. Rather than eating out or eating prepared or semi-prepared foods, opt for including more fresh produce and foods in a diet. As compared with prepared foods, fresh produce and meat tend to contain less sodium. When cooking fresh, avoid relying on salt as a go-to seasoning. Pick other flavorful herbs and spices or even citrus juice to make dishes tasty. And when relying on salt substitutes, read the label. Some alternatives still contain table salt or lull people into a false sense of security, which can lead to using too much of the product.

A low-sodium diet to stay heart-healthy

For people who are used to eating salt-rich foods, backing away from the salt shaker and foods loaded with sodium can be a difficult transition at first. But learning to be a smart shopper by reading labels and being mindful of food consumed offers much better long-term benefits. Along with potentially reducing blood pressure, people trying to lose weight may benefit from reduced sodium consumption. People concerned about sodium intake should speak with a physician or a dietitian to create an effective plan and find healthy food alternatives.