Sodium & Your Heart Health: How To Read Nutrition Facts On Food Labels

Sodium & Your Heart Health: How To Read Nutrition Facts On Food Labels

The Relationship Between Sodium And Heart Health

Most people know that eating too much salt is bad. Formally known as sodium, the substance has positive qualities and aids in regulating the body’s fluid balance and supporting nerve impulses and muscle function. But sodium is also a known contributor to cardiovascular diseases such as high blood pressure and heart disease. The American Heart Association estimates that roughly 90% of American adults will develop high blood pressure throughout a lifetime. So, learning to limit sodium consumption by reading food labels is a smart way to stay heart-healthy. 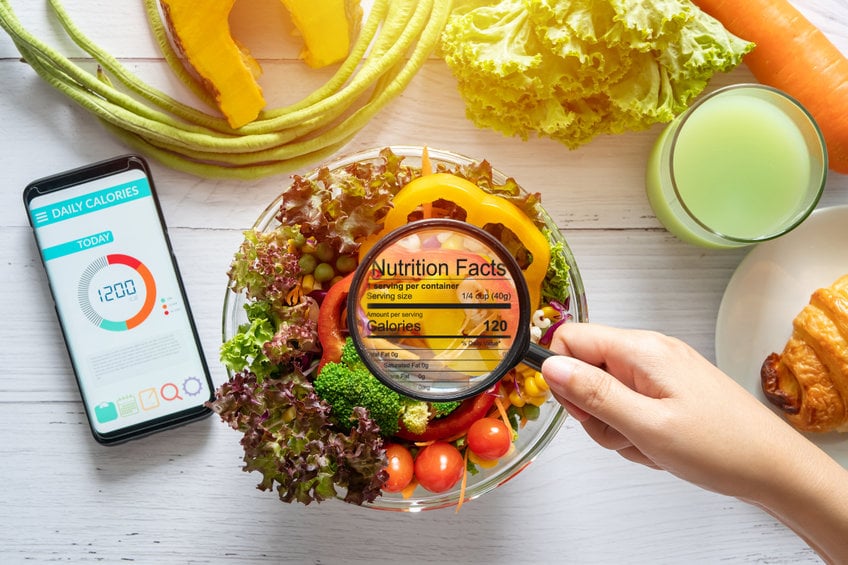 How much sodium is too much?

While figures can vary across medical organizations, the average moderately active person should strive to consume 1,500mg and not exceed 2,300mg of sodium per day. But, very active people like competitive athletes or individuals that work outside may need more sodium to compensate for the amount lost through more frequent sweating. However, the average American consumes 3,400mg of sodium per day. Still, some evidence suggests that telling otherwise healthy people to restrict sodium intake to minimize heart disease risks might have the opposite effect.

Looking at a food label can often feel like trying to understand a foreign language. With all the numbers and percentages, parsing the actual nutritional impact can be difficult. But some figures are more important. In particular, servings per container is a figure to prioritize. The nutritional facts listed on the back of a container are based on a single serving. Consuming more than the recommended amount in a single setting can mean that some people eat multiple servings at once. So, if a product has 150mg of sodium per serving, but a man ate three servings, the actual amount of sodium consumed is 450mg.

Just like with servings per container, the percent daily value is another tricky figure for many people. Percent daily value (DV) is calculated using a 2,000-calorie-a-day daily diet. So, if a product has a 60% DV sodium listing, consuming the product means a person just ate the equivalent of 60% of all the sodium allotted for the day.

Ingredient lists allow people to understand what items are used to make food. But placement matters. Specifically, ingredients are listed in the greatest to smallest order. So if salt is listed as a primary ingredient, the sodium content may be very high. However, people should still check the sodium content on the rest of the label to confirm how much is being consumed.

What about low-sodium foods?

Food can be considered low-sodium if the total sodium content is 140mg or less and is based on serving size. Overindulging on the portions with a low-sodium food can potentially be just as detrimental as eating a food that’s high in salt. Additionally, people shopping for low-sodium foods should opt for packaging that features a 5% DV or lower.

Get smart about sodium intake

Sodium is an essential mineral, but most people eat far more than necessary. Even for people that don’t struggle with cardiovascular diseases, swapping out salt-heavy foods for healthier alternatives is a good idea. People curious about making healthy food choices should speak with a physician or dietitian for more advice.